The grasses that are growing around town (machikusa) can be roughly divided in 18 species.
These species have been named according to the ways how these grown and to the places where these can be found. These have no relationship to any real biological weed names. 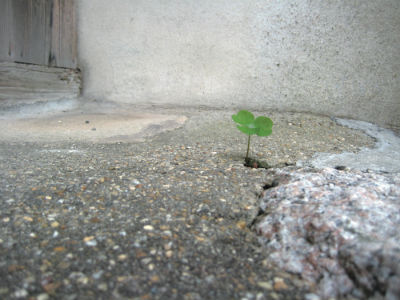 Because he looks so small, we call him Chibizou (mini grass). Often he can be found alone. Because he is so small, he also moves quickly. He is very charismatic and gets along with anyone easily. However, he has a complex about the fact that people do not always notice him because he is so small. This is why he always tries really hard in order to grow bigger.

This grass feels lonely when being on its own, which is why he nestles close up to something. Though it has a tendency to pick out a favorite place in order to settle down, there are also moments when he gets tired of this place and then moves around from one place to another. Be careful for this grass that always longs for company, as he sticks to people like glue really quickly. 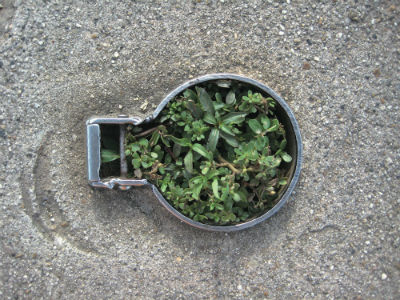 Groups of grasses that fit perfectly into all kinds of shapes and patterns. These grasses are related to each other like families and the bonds between them are very strong. Though they seem to conform exactly to any shape around town, each shape that they aim to represent expresses their personalities in ways that are unique. 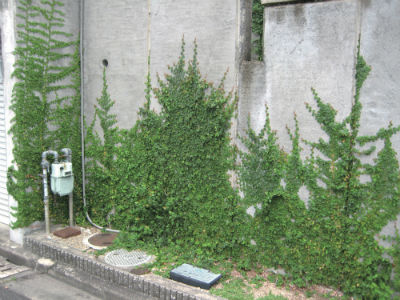 A group of grasses that stick to walls, covering all of its surface. Because they have an extremely strong sense of aesthetics, they want to cheer up all of the empty walls around town immediately. Because their working speed is so professional, a whole new world will open in front of you in just a blink of the eye. 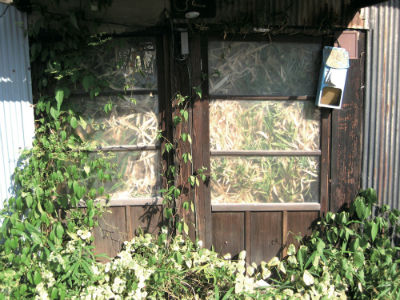 A grass with a temper that will bite immediately.A very hungry grass that will absolutely eat anything, regardless of whether it look appetizing or not.It is a grass that multiplies itself quickly, extends its territory sneakily and that then suddenly turns into a true monster grass. 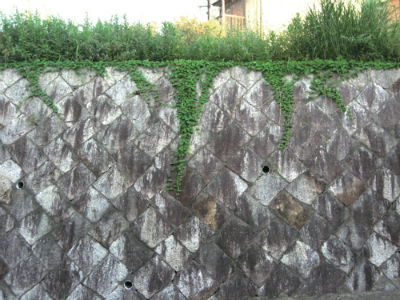 Peculiar is its tendency to dangle down like drool from the top of walls and moats. Without any struggle against gravity, it just hangs there freely. It has a gentle character and gets never angry, whatever happens. A long living grass that lives life at its own pace.